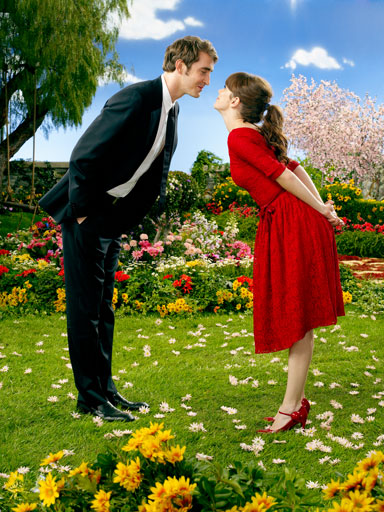 The most beautiful, funny, poignant, stylish, and original television show ever to get axed.

Premise: Ned has an unusual gift: he can touch dead things and bring them back to life… but only for a minute. If he touches them again, they go back to being dead, but if he leaves them alive for more than a minute then something else has to die in their place. Ned discovered his power as a child when his dog Digby was run-over, and learned the limitations on his power when his mother died, suddenly. He restored her to life, but at the cost of his childhood sweetheart’s father, who died in her place. He grows up to become a pie-maker who avoids close personal attachments, for fear of what he might do if someone he loved were to die. A private detective named Emerson Cod discovered his power, and now Ned works with Emerson to solve mysteries by waking the dead (but only for a minute!) and asking them who killed them.

But when Chuck (aka Charlotte Charles), dies in mysterious circumstances, Ned cannot stop himself from bringing her back, for good. As Chuck helps Ned and Emerson investigate her own murder, she and Ned renew their affections for one another; the only trouble is… they can never touch. Or Chuck will die again, this time, forever.

Why you should love it

Pushing Daisies achieves an unlikely, but perfect balance. Its bright colours, cartoonishly surreal style, and impossibly sweet hopeless romance could very easily be sickeningly saccharine, and yet it is not. Similarly, the morbid subject matter could just as easily be too grim and depressing for a light-hearted comedy. However, together, each provides a perfect counter-balance to the other, producing something so quirky and wonderful and dark and heart-warming that it is like no other show I have ever seen.

Every element is in harmony. The casting could not be more spot on. Lee Pace is an inspired choice for the sweet, physically awkward Ned. Anna Friel positively glows off the screen as Chuck, effusing exactly the renewed zest for life needed for a woman who spent most of her life cooped up looking after her shut-in aunts before being killed on the cruise that was her first independent venture into the world. Kristin Chenoweth deserves every bit of her two Emmy Awards for her portrayal of Olive, the diminutive waitress who has long pined for Ned, and the foot and a half difference in height between them provides the perfect opportunity for some sweet and well-played physical comedy. Chi McBride’s sarcastic but good-hearted Emerson Cod grounds the show with a dash of practicality.

Much credit should be given to the costume and visual design, which perfectly complements the vibrant surreality of the show. This is probably the most stylish television programme I have ever seen (although Mad Men offers some stiff competition from a different genre). Accents of 1950s and 60s fashion are mixed with something thoroughly modern in joyfully bright colours that speak of the fairytale undertones whilst lightening the darker elements of the show.

Most of all, the fast-paced and snappy script is both witty and poignant as it brings the characters to life, exploring their unusual issues and unveiling the weekly mystery they must solve.

This show was always going to hit a sweet spot for me. The Ned/Chuck romance with its associated angst is just exactly the sort of thing I like to curl up with, and you guys know how I adore someone with superpowers who is forced to hide his ability. But Pushing Daisies is never weighed down by its angsty elements; it soars with them to new heights, and somehow always leaves you at the end of the episode somehow feeling better about the world. Because even if their world is not our world, wonderful men and women alive in our world dreamt it up.

Moreover, it’s a wonderful programme for race and gender, for the most part because it doesn’t make a fuss of them. Although the two leads are white, it is otherwise unusually racially diverse for an American TV show, Emerson Cod being just one of several black men and women, and although he’s the only non-white show regular, many of the guest stars are Asian or latino. There are also more female regulars than men, which is very unusual, and although there are romantic plotlines, Pushing Daisies passes the Bechdel Test so well it’s not even an issue. Yet this is not a show with any overt feminist themes, it’s just a show that thinks about people in terms of their characters first, not their genders.

It is a true loss to the world that this show was cut short. Its ample awards demonstrate that the brevity of its run is not a reflection of its quality or critical reception. It was just a victim of the writer’s strike. Its first season was cut in half, and it wasn’t able to build on its early success to develop the following that would ensure viewing figures to satisfy the networks in its second season. This is nothing but an act of short-sightedness on the part of executives who dismissed the shows clear potential for future growth on the basis of present figures at a very difficult time. Not that I’m bitter, or anything.

Anyway. If there’s one new TV show you want to try this year, make it this one. Just get it. £6 will get you the whole first season. You could spend more at the cinema getting a headache from a poorly made 3D film. And if you’re worried about the inevitable lack of resolution for a show cut short: Bryan Fuller has been working on a comic to tie up the story.

Besides, Lee Pace is very pretty.

4 Responses to Reviewing Through the Time Machine: Pushing Daisies